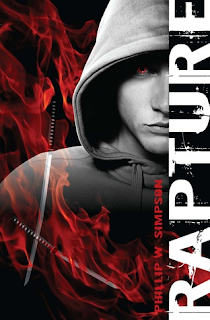 The Rapture has occurred, just as the Bible predicted. The faithful have risen up to Heaven. Those left behind are in a living hell.

Earth burns, hell-like in its oppressive heat. Every volcano in the world has erupted, and tsunamis and earthquakes continue to devastate the planet. Clouds continually rain ash onto the scorched landscape, sparking fires all around. Plants and animals are dying. Food is scarce. The night sky is devoid of stars, and the moon - when it can be seen - is the colour of blood.

The remnants of humanity fight for survival. Most have fled the cities and now hide in caves deep in the mountains. By night, demons stalk the Earth, capturing the remaining humans and killing them - if they're lucky. The less fortunate are converted to worship of the Devil, and ushered into endless hell.

Eighteen year old, Sam (short for Samael) was raised in the town of Jacob's Ladder, Utah. It is appropriately enough near to a place of natural scenic beauty called Devil's garden. He finds himself alone, unable to rise up with his family because he is half demon. His mother, a devout Christian, was seduced by Satan and conceived his child. She smuggled the boy to an old friend Hikari, a Japanese sword master and demon expert. Since then, Hikari and his daughter, Aimi, have been all the family Sam has known.

Now they're gone, and Sam must set out on the mission Hikari charged him with long ago: to help all the humans left behind. Armed only with his beloved Japanese swords and his wits, Sam wanders the post-apocalyptic world alone, separated forever from everyone he loves. Cursed by his demonic heritage, he must now embark on a quest that will take him across the US to the City of Angels.

There he will confront his destiny. There he must fight to save a friend ... and the souls of the living.


What would you do if the world ended, all your friends and loved ones were gone, and demons plagued the skies? Personally, I would find the one guy wielding katana swords and demons horns, and stick to him like glue! Don’t know one? Well luckily, Phillip W. Simpson’s Rapture provides the perfect traveling companion: Sam. Only problem is, Sam is not much of a people person, but who needs conversation skills when your soul and all of humanity is on the line?


Unlike most books I have read, Rapture deals with some very heavy stuff that most books tend to stay away from, one of which is obviously religion. There are a lot of issues of faith and Christianity brought up and focuses upon in this book. The author does a good job of delving into the religious aspects of the book without really going over readers’ heads, which for me was a good thing since I am not the most religious heavy person. Even without being religious, readers should be familiar with the whole rapture idea because of how heavily it’s featured in the media (6/6/6 anyone?). If you are a movie junkie, like I am, than you should be familiar with a lot of the ideas presented in this book. However, I did enjoy the twists behind the rapture and Sam’s place in the end of days.


This book is very heavy on the battle sequences, and the author does a good job at painting a very graphic picture. I enjoyed the use of Japanese swords and the fighting styles borrowing from Asian influences; I took tae kwon do myself, which helped keep me engaged in how Sam fought. The demons are creepy, and evil to the max, which makes them perfect as the obvious baddies of the story. However, the real evil is hidden behind the obvious of faces, and readers will probably be smacking their heads wondering how they did not see who the Anti-Christ and Satan are in the end.


Sam as a character is definitely the strong, loner type. Trained under Hikari and understanding that he is damned if he does and damned if he doesn’t is a hard life for anyone, and Sam’s story is unfair. He is basically known for years that it’s his fate to remain on Earth while all those he loves ascend to heaven, and I completely understand his teenage angst in all that. But I think Sam handles it with a great deal of maturity and his resolve to fight is very honorable. Through a series of flashbacks, readers get to see Sam’s life leading up to the rapture and understand just what makes him fight.


However, what did bother me about Sam was how mature and calm he responded to certain points. Yes, I understand that he was trained to restrain his emotions and learned all types of meditation, but really I would have enjoyed some epic demon anger. Don’t get me wrong, when Sam does get angry it is intense but I just wish he acted more like a ‘demon’ at some points. Like, there are some points during the flashbacks where I wanted him to show a bit more ‘demon’ because he was definitely treated unfairly just based on his heritage and horns. What’s even worse is that Sam is just a little boy during some of these ‘unfair’ times, so it makes the judging even worse. The kids and townspeople are either cruel or indifferent to him, and animals are spooked by him which really makes me wish he stood up a bit more for himself in those flashbacks.


Speaking of other characters, there are a few that get introduced but are only used as rest-stops leading up to L.A. and the final showdown. Only two characters really stick with Sam for a majority of the journey, but don’t expect everyone to make it out of Hell alive (major cliffhanger leading to the next book). One of the characters kind of abruptly changes into a bit of butt kicking avenger, which comes out of nowhere as the character was more meek and withdrawn for most of the story; this annoyed because the character is basically dismissed once the final showdown commences.


The climax or epic fight of the story reminded me a bit of an action movie, and was choreographed a bit like a ‘Buffy Big Bad’ fight (big fan so no real issues with that). The Anti-Christ was not who I thought, and I originally had it pegged as another character, which still played a part in the showdown. Referring to Buffy once again, the twist in the end really reads like a Buffy battle, and the true baddy has been making appearances in Sam’s life the whole time! Really was a head slapping moment for me.


The short epilogue at the end provided some more questions and leaves a huge door open for the sequel to continue Sam’s journey, and I really want to say give Sam a break! The guy gets a little taste of happiness and has it all taken away from him again?! And he is still expected to fight to preserve and redeem humanity? Personally, I give Sam a lot more credit than the angels do because I would have gone all red-eyed demon horn if Gabriel showed up again, proclaiming that I still had a long way to go!


Overall, Rapture definitely is a YA book that delves deeper with the ideas of religion, Christianity and faith playing into the end of the world scenario. Sam is a more mature character than I am used to reading about in YA but he handles himself with maturity beyond his years while slashing down demons and saving humans with his trusty swords. Starts off a little slow for me, but once it gets rolling, the action and excitement never ends! My forecast: readers will definitely want to invest in some hefty marital arts and sword training ASAP! 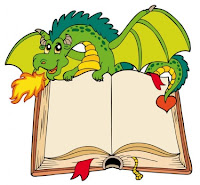 ohfudgemuffins
Amanda is a lover of all things YA & Teen reads! My passion for reading Young Adult novels and Merlin decided to randomly combine, and thus blogging began!